Whilst it can be difficult to make a claim for injuries on the basis of a hospital-acquired infection, if you are able to prove you developed an infection during your hospital stay, you could be entitled to compensation.

UK hospitals have seen an increasing number of serious infection outbreaks, including MRSA, C. difficile and E. coli. Based on estimates by The National Institute for Health and Care Excellence (NICE), 300,000 patients in England are infected with these dangerous bacteria during hospital stays every year.

Devonshires Claims’ hospital negligence lawyers can support you in starting a potential compensation claim for an infection acquired in hospital. Contact us today to start your free case evaluation and to discuss funding options such as our No Win, No Fee Claims Service. Call us on 0333 900 8787, email admin@devonshiresclaims.co.uk or complete our online form.

Our negligence experts have dealt with claims associated with hospital-acquired infections. These infections could include:

This is not an exhaustive list of possible infections. If you acquired an infection during a hospital stay, contact our negligence experts to discuss a possible compensation claim. To start your free case evaluation call us today on 0333 900 8787, email admin@devonshiresclaims.co.uk or complete our online form.

There are several hospital acquired infections a patient could develop during a hospital stay, particularly after surgery.

While, most of the time, strict hygiene procedures are followed to avoid these situations, mistakes can be made by medical professionals. Those lapses in appropriate hygiene during surgery, treatment, or post-op care could lead to a serious infection.

MRSA cases have increased in recent years. This viral infection is generally non-threatening in normal situations, but it can become dangerous and even deadly when it spreads in hospitals. Symptoms of a MRSA infection typically include the following:

MRSA can infect a range of tissues and body systems, depending on how it entered the body. It can cause anything from mild symptoms to potentially fatal conditions such as Septicemia.

MRSA has often developed in women who have had a C-Section where poorly sterilised surgical or other medical equipment has been used.

Given the severity of these conditions, it is clear why so much money is put toward fighting the spread of MRSA in hospitals.

Sepsis is a dangerous condition which occurs when the body’s immune response to an infection can lead to destructive processes where tissues and organs are attacked.

A delay in diagnosing sepsis could have fatal or devastating consequences for a patient. Because of the likelihood of a lengthy hospital stay, sepsis compensation pay-outs will usually factor in loss of earnings as well as pain and suffering especially if the condition has resulted in life changing conditions such as brain injuries or amputation.

C. diff is a bacteria that can be an even greater danger than MRSA because it can survive for long periods of time on surfaces and objects. Therefore the possible infection vectors are much greater.

This bacteria will often not significantly affect people with healthy immune systems, but for anyone with a weakened immune system, C. diff can cause abdominal cramping and pain as well as severe diarrhoea, leading to dangerous levels of dehydration. C. diff can cause colitis, which has the following symptoms:

Because C. diff can survive on surfaces for months, proper hygiene and thorough cleaning of all surfaces is vital in hospitals to prevent the spread of this bacteria. Negligent hygiene practices and infection control, could form the basis of a C diff compensation claim.

Staph bacteria grows harmlessly on human skin, however if the bacteria enters the body though a cut or wound, a urinary catheter, chest tubes, IVs, central lines or other medical equipment, this could result in a serious infection.

If it can be shown that a hospital acted negligently with regard to hygiene practices and infection control, you could be entitled to make a compensation claim for a Staphylococcal infection.

E. coli is a more familiar bacteria because it can infect people who are exposed to under cooked food or unpasteurised milk, among other vectors. It can also be transmitted through skin contact. While most healthy people can survive an E. coli infection, with unpleasant but short-lived symptoms like stomach cramps, nausea, diarrhoea and vomiting, in some people, especially those who are already sick or immune-compromised, it can cause kidney problems and potentially even lead to kidney failure.

Group B streptococcus is a bacterium usually found in the digestive system or genital tract. Approximately 20-30% of adults carry this bacterium which is normally harmless.

However if a pregnant woman is a carrier and the baby acquires a Group B Strep infection, the child could be seriously affected.

Identifying the bacteria in the mother and providing the appropriate treatment would prevent a material Group B Streptococcus infection from affecting the newborn.

Strep B infections in babies can be very serious and should be treated immediately to prevent long term injuries or even death. If a diagnosis of Strep B is missed  by a medical professional, you may be entitled to make a missed diagnosis of Strep B compensation claim.

Pressure sores, also known as bed sores or pressure ulcers, are lesions which develop when a hospital patient has limited mobility and negligent care has prevented the patient from being move regularly. Because these lesions often develop when tissues are compressed for long periods of time (leading to a lack of blood supply and tissue death), they can be prevented by turning the patient at regular intervals.

For people who are confined to a bed, pressure sores can often develop on the:

• Back or sides of the head
• Shoulder blades
• Hip, lower back or tailbone
• Heels, ankles and skin behind the knees

If it can be determined that a hospital was negligent in following national guidelines on patient care, resulting in pressure or bed sores, a patient may be able to claim compensation.

If a bedsore is not adequately treated, the following consequences may occur:

There are several common causes for infections at a hospital:

Patients in a hospital are more vulnerable to infections due to:

Hospital infections can be caused or spread by negligence in hospitals. Examples of negligent processes with regard to infection control include:

If you believe that your injury or infection was the result of negligence in a hospital or clinic, you would be entitled to make compensation claim.

In order for a medical negligence claim to succeed it must be established that:

The compensation that you may be entitled to through a claim for a hospital infection depends on two main factors:

·  the degree of harm caused by the infection

· the financial costs or losses incurred as a result

When you begin the process of filing a claim, your hospital negligence solicitor will take these factors into account. They will help you document all of the ways that your hospital infection affected your quality of life and financial situation in order to calculate the amount of compensation that you may be entitled to.

The result of these calculations will result in figures for general damages and special damages.

General damages are awarded based on the degree of pain, suffering and loss of amenity (PSLA) that you can demonstrate were a result of your hospital acquired infection.

Special damages are rewarded to compensate you for financial losses and expenses that you can demonstrate you incurred as a result of the hospital acquired infection.

Special damages can include the following items, among others, which your solicitor will help you determine:

·  Cost of physiotherapy following the infection

·  Other costs of care

· Costs of adapting your home or car for any medical needs

Why choose Devonshires Claims for your ‘No Win – No Fee’ hospital infections claim?

We make the often-complex process of making a hospital infection claim simple and straightforward.

If you are considering a compensation claim for MRSA, E Coli, Sepsis, C Diff or other infection which developed following hospital treatment or surgery, contact Devonshires Claims today for a free case evaluation. Our negligence solicitors work on a ‘No Win No Fee’ basis. This means that you will not incur any costs if your claim is not successful and there are no upfront costs to start your compensation claim*.

To start your free no-obligation case evaluation call us today on 0333 900 8787, email admin@devonshiresclaims.co.uk or complete our online form.

Delayed Diagnosis of an Infection after a Kidney Transplant Results in Sepsis, PTSD and Nerve Damage 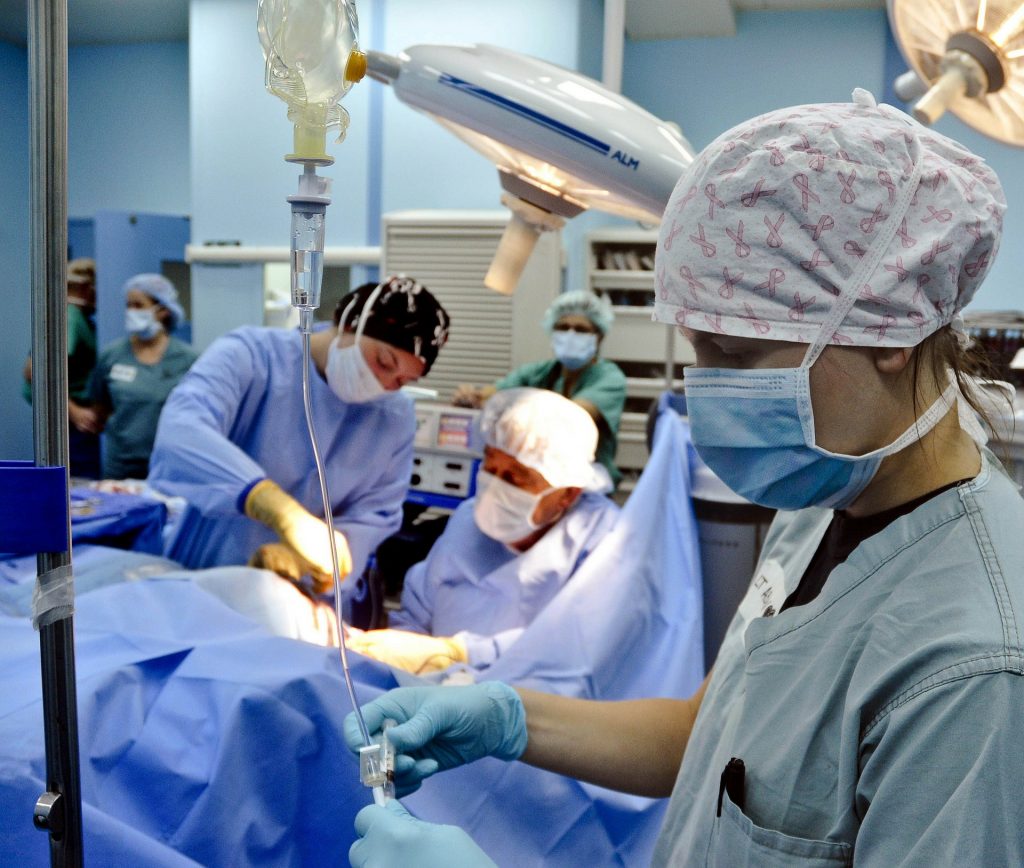 The claimant brought a claim for clinical negligence following delayed diagnosis of a drain infection after a kidney transplant. This resulted in systemic sepsis, PTSD and permanent nerve damage in her leg which resulted in payments for care and loss of earnings.

£300,000 for claimant who suffered a severe drain infection following a kidney transplant. 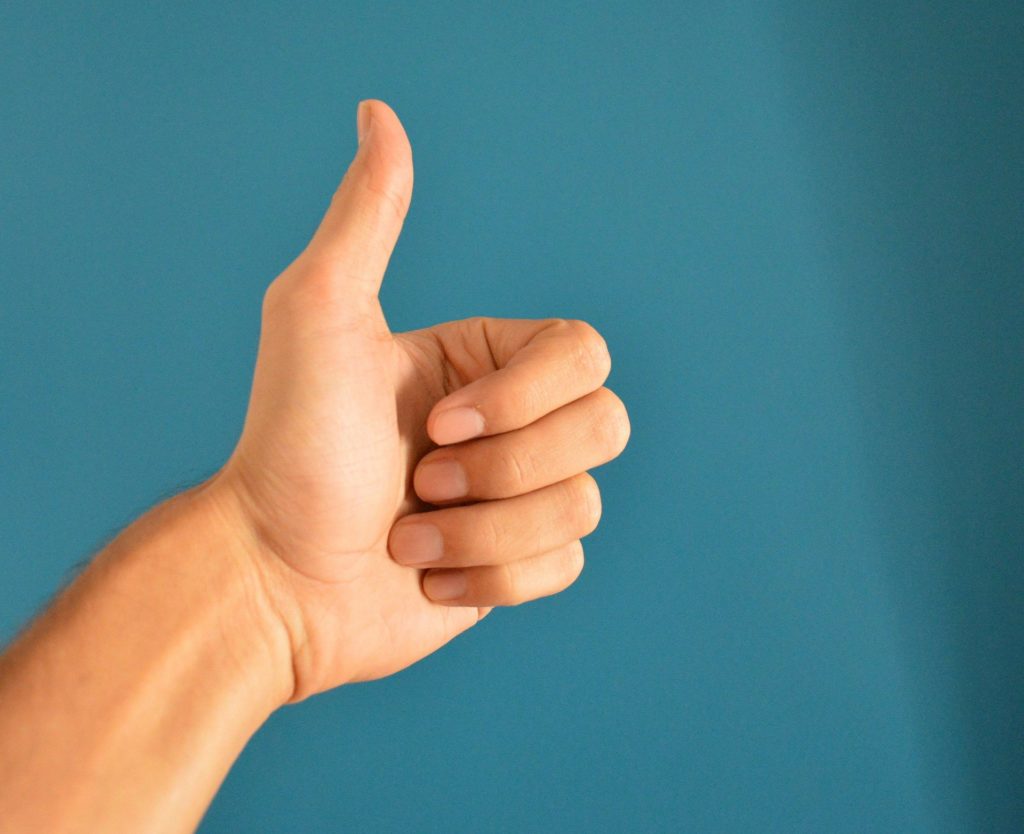 Legal action following a failure to appropriately diagnose and treat a thumb infection in a diabetic patient leading to amputation of the client’s thumb.

I would like to thank Devonshire Claims, for the prompt and thoughtful, handling of my claim. I received great customer service, there was always someone at the end of the phone, to explain, details to me, answer questions, and keep me updated as to what was happening and when I was very happy with the service, and I highly recommend. - L.W.
My personal experience of working with Devonshires has been a positive one. I feel my solicitor did her very best to achieve a positive outcome for my case. A Clinical Negligence case is long, stressful and emotional and can have its complications but throughout this process my solicitors approach was kind caring and understanding while doing her best to extract vital information from me needed to support my case. - Emma Bates
I am very happy with the service provided by Devonshires and Sandra Wheeler. They have been very professional and discussed everything with me thoroughly as the case progressed. I would have no hesitation in recommending them to friends and family. - Chris