The brain is critical for human functioning, serving as the epicentre for the nervous system and the chief control centre for virtually every cognitive and biological process in the body. A baby’s brain is also an organ that can rather easily experience injury during pregnancy, birth and following birth.

Brain injury in a baby is typically caused by one of the following:

Types of brain injuries which can occur during pregnancy, birth and postpartum

Oxygen is critical to brain functioning. Hypoxic-ischemic encephalopathy (HIE) is one of the most concerning injuries and develops when the brain experiences a shortage of supply of blood and oxygen. The brain requires much more oxygen than any other part of the body; brain cells that die cannot regenerate, which means that any damage from HIE may be permanent.

What Happens During HIE Injury

The effects of low oxygen and blood flow can also cause damage to the lungs, liver, heart, bowel and kidneys of the baby.

Brain Damage in a Baby Following a HIE Injury

In the first phase, brain cells are damaged when the brain is deprived of oxygen for a period of time. If the oxygen deprivation is severe and prolonged, parts of the brain may die thereby affecting the functions associated with those regions.

In the second phase, the HIE may continue even as the brain regains oxygen. As blood and oxygen return to the damaged areas of the brain, the cells may release toxins such as cytokines which may further damage the brain. This is known as a reperfusion injury and necessitates skilful intervention and monitoring of the baby’s brain.

The full extent of the brain damage resulting from HIE may not be apparent immediately after childbirth. This is due to two reasons:

The Common Causes of a HIE Injury in a Baby

Umbilical cord compression can be caused by a:

In a 2015 study published in the Journal of Maternal, Fetal and Neonatal Medicine, entitled “Hypoxic-ischemic encephalopathy in newborns linked to placental and umbilical cord abnormalities” it was concluded:

“Birth asphyxia (reduction in respiratory exchange) and hypoxic-ischemic encephalopathy (HIE) of the newborn remain serious complications. We present a study investigating if placental or umbilical cord abnormalities in newborns at term are associated with HIE.

Velamentous or marginal umbilical cord insertion was found in 39% among HIE cases compared to 7% in controls. Conclusions: Placental and umbilical cord abnormalities have a profound association with HIE. A prompt examination of the placentas of newborns suffering from asphyxia can provide important information on the pathogenesis behind the incident and contribute to make a better early prognosis”.

4. Mistakes Made in Monitoring a Fetal Heart Rate Monitor

A heart rate monitor is used to monitor a baby’s heart rate and should provide an indication of fetal distress. If medical professionals are negligent in the use and / or interpretation of the monitor readings, this could delay urgent treatment or intervention such as a C-Section. A delayed emergency C-section could result in further oxygen deprivation to a baby and potential brain damage.

In this situation the amniotic sac which surrounds the baby ruptures and the amniotic fluid is expelled i.e. the ‘water breaks’ before labour begins. This condition requires medical intervention and monitoring as the lack of a protective layers means that the baby is at risk for a variety of concerns such as HIE,  neonatal encephalopathy, cerebral palsy, developmental issues, Group B Strep and sepsis infections.

6. The occurrence of fetal strokes

Oxygen deprivation to a baby’s brain could result in strokes which further increase the likelihood of permanent brain damage.

Certain medical conditions could increase the likelihood of a fetal stroke eg. preeclampsia, PROM, chorioamnionitis (a bacterial infection of the fetal membranes i.e.amnion and chorion), placental abruption, Fetomaternal haemorrhaging, placental thrombosis (blood clots which occur in the placenta and veins of the uterus, obstructing blood flow), other maternal infections such as pelvic inflammatory disease.

Chorioamnionitis requires immediate medical intervention due to the risk of the baby developing meningitis and brain bleeds.

7. Prolonged and poor management of labour

Prolonged or excessive uterine contractions
Uterine contractions compress the placenta and umbilical cord which may lead to a reduction in a baby’s oxygen supply if the labour is prolonged. The failure to take adequate steps to prevent a prolonged labour eg. Carrying out an emergency C-section may be considered.

Uterine hyperstimulation (tachysystole) is a birth complication where uterine contractions become excessively strong and frequent.  It can result from improper administration of drugs such as Pitocin and Cytotec and can potentially lead to too much pressure in the vessels in the uterus and placenta, which can reduce blood flow to the umbilical cord and baby. The impaired blood flow can lead to severe oxygen deprivation and HIE.

8. Mismanagement of a high-risk pregnancy:

Specific conditions or health concerns may affect the mother and child and these may require additional monitoring throughout pregnancy and birth. Some of these factors could include:

9. Anesthesia errors: Errors in administrating anaesthesia can cause decreased blood pressure in the mother thereby reducing the flow of blood to the baby.

Premature babies may be at a higher risk of developing HIE as their lungs are underdeveloped. Therefore immediate respiratory support may be required following birth.

Infants who are premature may encounter a brain injury known as periventricular leukomalacia (PVL). This type of injury frequently causes conditions such as cerebral palsy and epilepsy. In this injury, the brain’s white matter becomes damaged and begins to decay, creating cavities that fill with fluid. It is believed to be caused by a disruption to the oxygen supply during pregnancy. Since white matter assists in the conduction of electrical signals between neurons, PVL can cause a number of related issues including developmental delays.

8. Failure to monitor the baby for deficiencies, abnormalities following birth

A baby’s health and condition needs to be monitored after birth to ensure:

What are the symptoms of Hypoxic Ischemic Encephalopathy

If a baby has experienced oxygen deprivation that may have or display the following characteristics:

The severity and duration of the oxygen deprivation will determine the extent of the HIE injury. Some possible long-term effects could include:

Improper use of these tools or use by untrained staff can cause brain damage and brain bleeds. This could include the negligent and improper use of forceps and vacuum during birth.

Trauma to the head could result in:

Claim Compensation For a Brain Injury to a Newborn

Brain injuries to a baby can have serious consequences to their health and wellbeing. Mistakes made during childbirth or the failure to monitor the health of mother and baby can result in brain damage to the child resulting from oxygen deprivation, infection or even trauma.

If you feel that the care you or your child received prior to, during or after birth was negligent, you may decide to bring a claim in order to secure justice and compensation for your child’s brain injuries. Speak to one of our negligence solicitors who specialise in birth injuries.

Contact our experts today to start your free case evaluation. Call our birth negligence solicitors on 0333 900 8787, email admin@devonshiresclaims.co.uk or complete our online form. 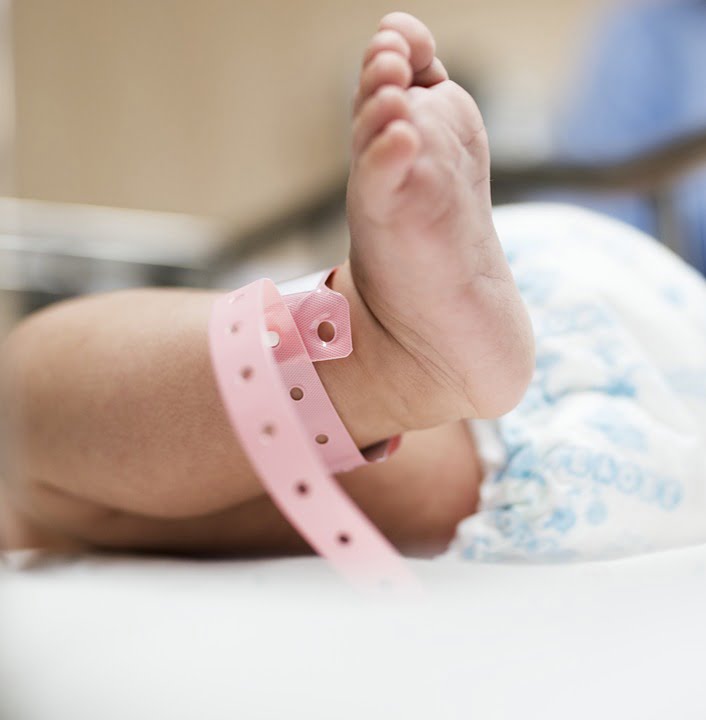 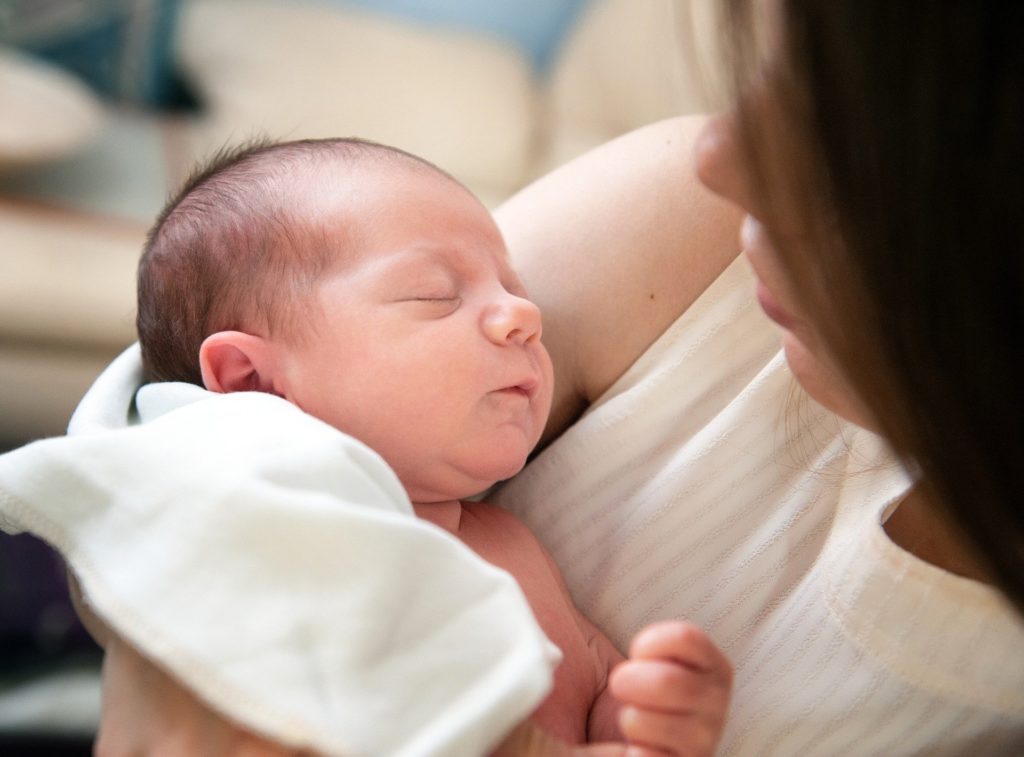 £300,000 made up of compensation for the injury, past and future loss of earnings, care, and future treatment required. Settlement was negotiated without Trial.

I approached Devonshires for a medical negligence claim. I found the whole process easier than expected and agreed to a very small charge to protect against financial costs. I was well informed of progress and had all questions answered throughout. I would recommend using this service and would like to take this opportunity to thank Katie and her team again. - T.N.
I particularly liked Karen Cathcart's professional manner and how she took time to explain everything to us in great detail, she made us feel very comfortable and didn't baffle us with jargon. - Jamie Smith
Jeanette was absolutely brilliant from start to finish, keeping me informed, arranging for relevant expertise to be brought in as needed and providing good advice. She understood that the process could be stressful and provided excellent support. I would not hesitate to recommend her, and Devonshire Solicitors. - J.A.